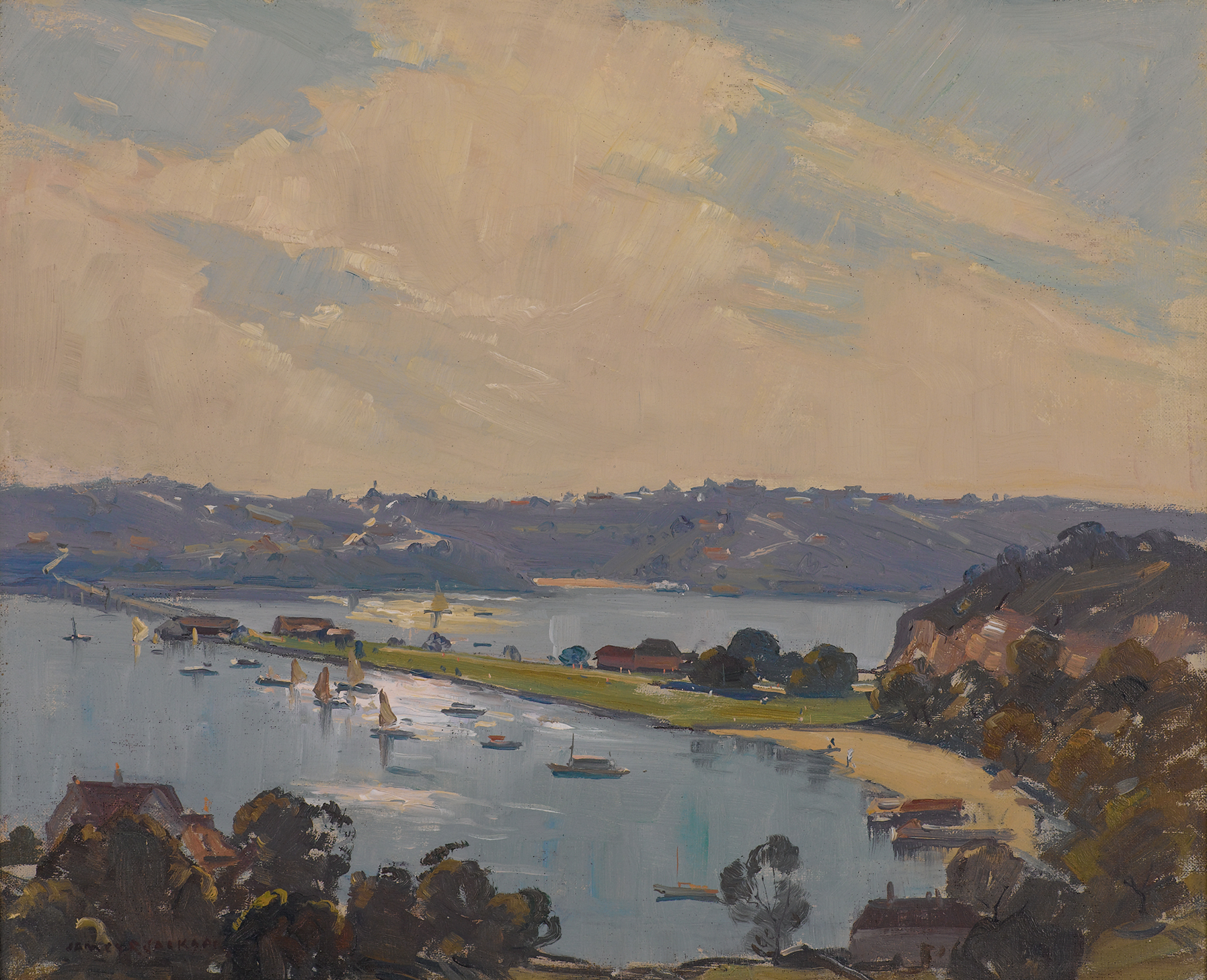 James R. Jackson was born in New Zealand in 1882 and came to Sydney with his family in 1890. After preliminary studies in drawing at the Art Society of New South Wales he travelled to London and Paris in 1906. As with other Australian artists at that time, art tuition in Europe became a rite of passage for young artists. Here he learned to paint using thick impasto and became immersed in the art of the French Impressionists.

On his return to Australia in 1908, Jackson exhibited with the Art Society and made his home on the North Shore where he painted impressionistic Sydney Harbour land and seascapes. In addition to regular exhibitions in Sydney and Melbourne, Jackson taught drawing and painting at the Art Society from 1917 to 1926. In 1924 he married one of his students Dorothea (Dora) Toovey who went on to become a successful portrait and landscape painter.

After spending time in country NSW during the Depression, Jackson returned to Sydney in 1936 to paint in a new studio in Mosman and became a foundation member of the Australian Academy of Art in 1937. Although he received many art awards for his later paintings, it is his earlier impressionist depictions of Sydney Harbour that he is more fondly remembered for.