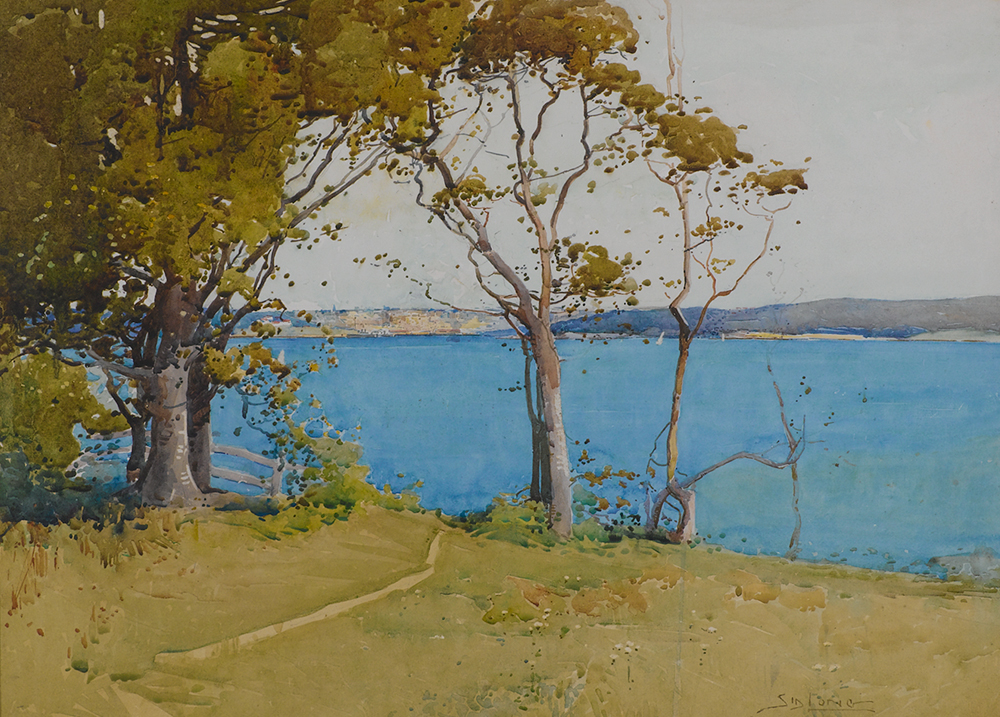 Sydney Long is considered to be one Australia’s finest painters of decorative Art Nouveau landscape and mythological subjects. Clifton Gardens (1905) is a superb example of his oeuvre and make a very substantial contribution to The Balnaves Gift and the Mosman Art Gallery Collection.

Sydney Long was born in 1871 at Goulburn, New South Wales. Between 1890 to 1894 he studied under A.J. Daplyn and Julian Ashton at the Art Society of NSW School. Long participated in painting camps along the Nepean River near Richmond, but also made other explorations. In the early 1890s he established his name as an artist with purchases made by the National Art Gallery of NSW in 1894. The following year Long’s style started to move towards the flat surfaces and decorative art nouveau style as expounded by the English Studio magazine, which was widely circulated in Australia. While many of his works owe a debt to the English Aesthetic movement, he was devoted to Australian subject matter and his eucalypt, ti-trees and open plains often included distinctly Australian fauna such as magpies, as well as nymphs and fauns.

An influential teacher of both painting and printmaking, Sydney Long spent much of his time with his students, either in his city studio or his caravan which was permanently based at the Narrabeen Lakes. He was actively involved in the Royal Art Society of NSW, and was also active as a Trustee of the National Art Gallery of NSW. He was awarded the Wynne Prize for landscape in 1938 and 1941.