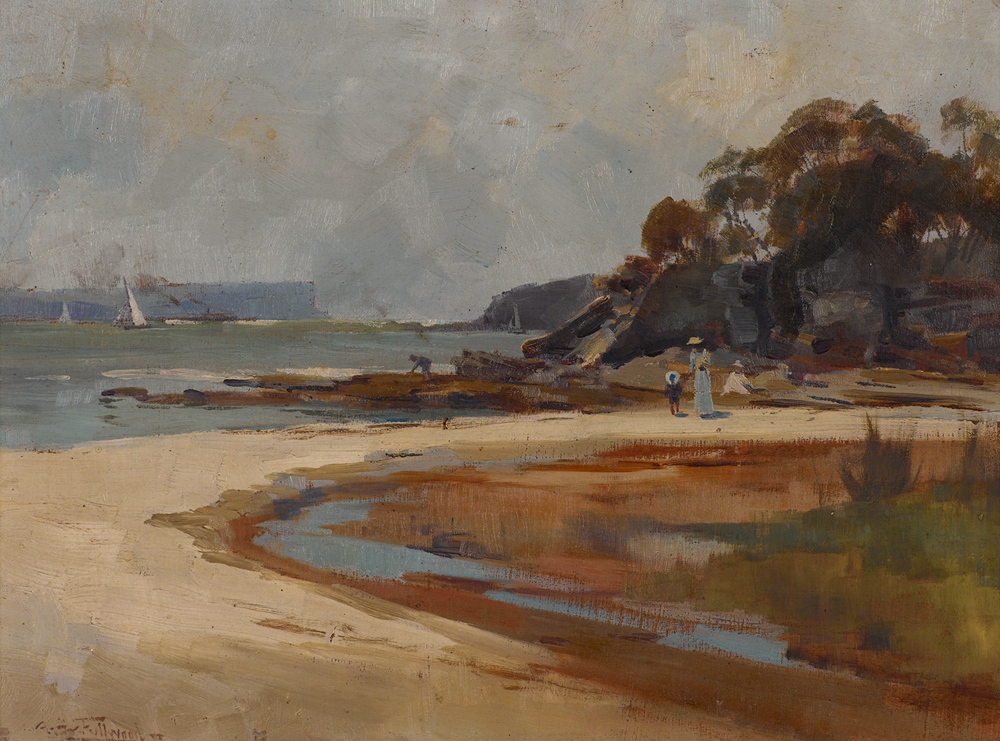 Albert Henry Fullwood lived and painted at Curlew Camp in Sirius Cove with Arthur Streeton and Tom Roberts during the 1880s and 1890s. View of Balmoral is an iconic image which is emblematic of the distinctive Australian impressionist style developed in this period, making the artwork a substantial inclusion in The Balnaves Gift and the Mosman Art Gallery Collection.

Fullwood was born in England in 1863 and studied art at the Birmingham School of Art. In 1883 he emigrated to Sydney and worked as an illustrator on various publications including The Picturesque Atlas of Australasia, the Bulletin, the Australian Town and Country Journal andnumerous others.

Fullwood became part of the thriving late 19th century Sydney art scene and joined the artists William Ashton, Alfred Daplyn, Charles Conder and Girolamo Nerli on painting excursions to the countryside at Richmond. He was considered to be somewhat of a veteran of the Curlew Camp at Little Sirius Cove where his nickname was ‘Uncle Remus’. His painting View from Balmoral (1885) reveals his confident development of the picturesque impressionist style. The distinct blue headland behind the hazy steamers and white sails on Sydney Harbour provides a perfect backdrop for the backlit family grouping on the sandy beach.

Henry Fullwood left for America in 1900 and then lived in London where he exhibited with the Royal Academy and the Paris Salon. During the First World War, Fullwood became an official war artist and returned to Australia in 1920.